On our latest exciting workshop on the event of Qubit.hu we sent messages to the Danube with light and made the Invisible visible… 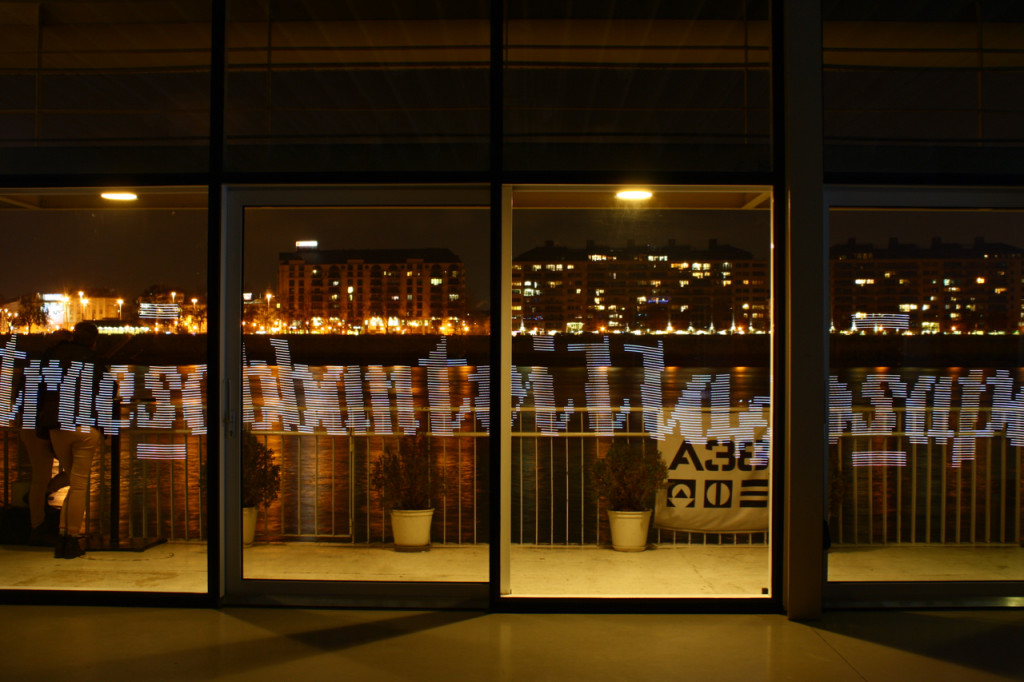 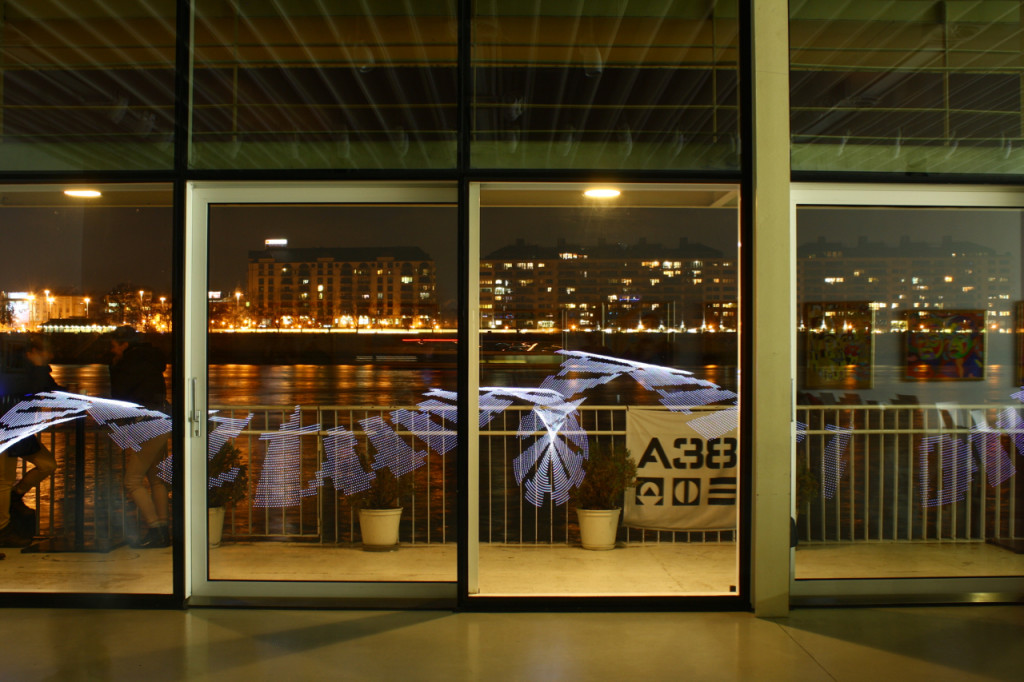 We will draw onto the river Danube with some programmable LEDs and capture the vision with camera on the event of Qubit.hu, a Hungarian Science and Tech journal, organised by Eszter Bircsák. This time our workshop is for teens.

We were surprised by the number of the curious children who wanted to play with our interactive felt surface at the fabrikART // smART XTRA event at the Researchers’ Night in Hungary. Photo: Reka Bogdan 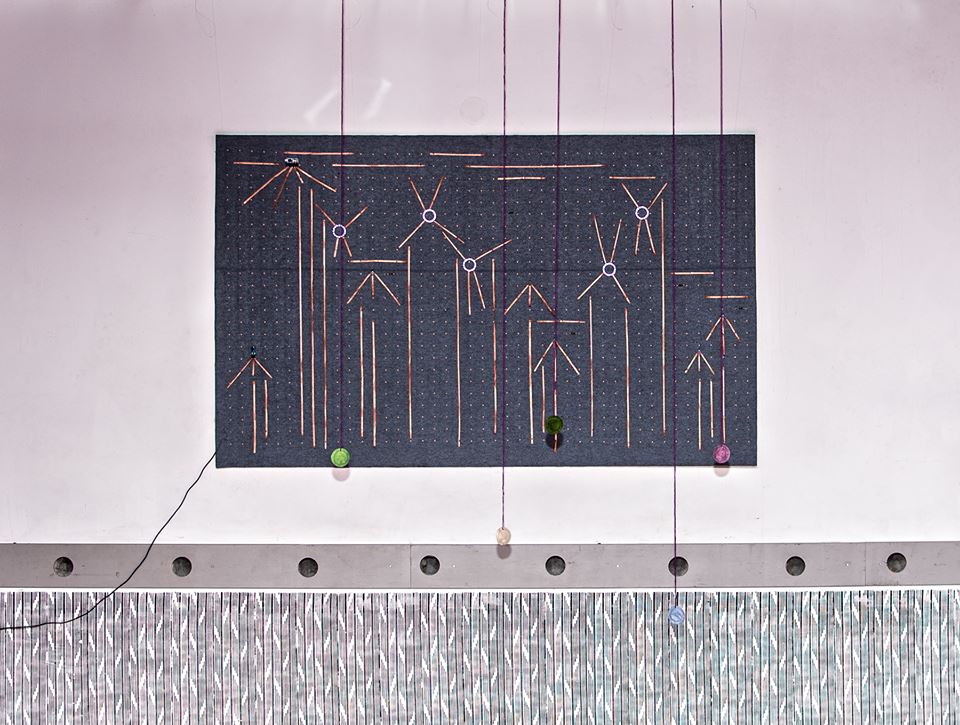 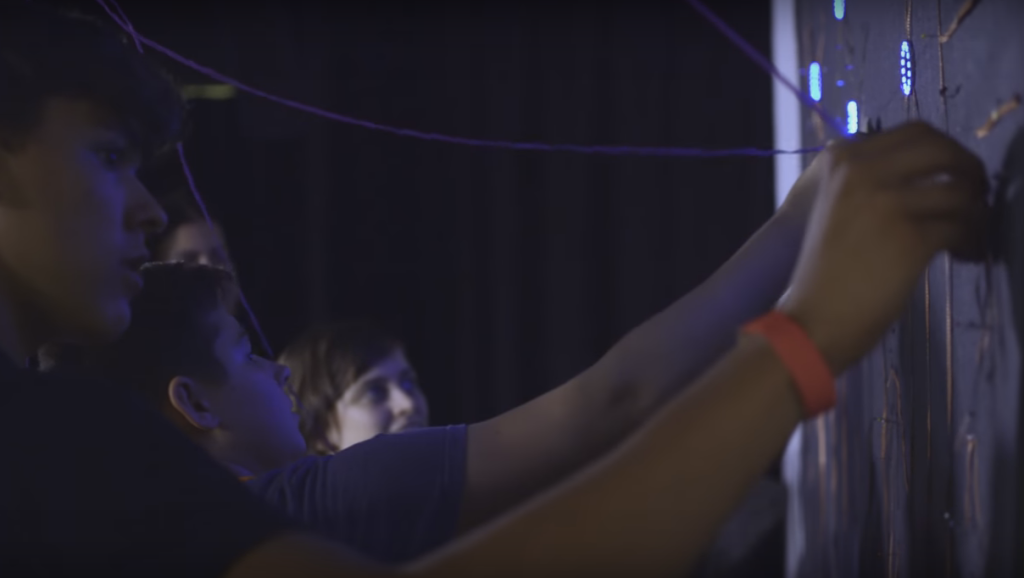 The »Electrosketch« circuit drawing workshop has got invited to an elementary school, where we ran four sessions for two classes. We are glad that we got so many thankful messages from the parents. 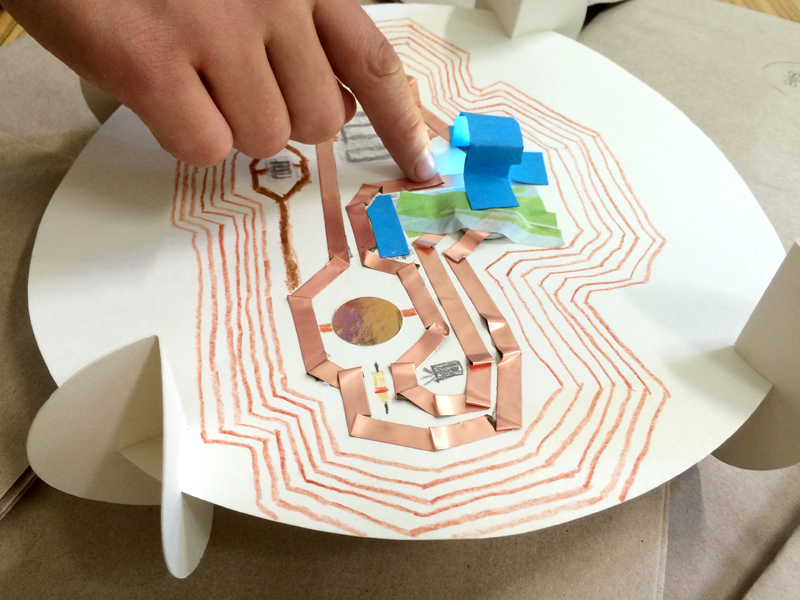 Our »Electrosketch« circuit drawing workshop for kids at Hátsókapu. We made exciting secret maps with ink and copper. 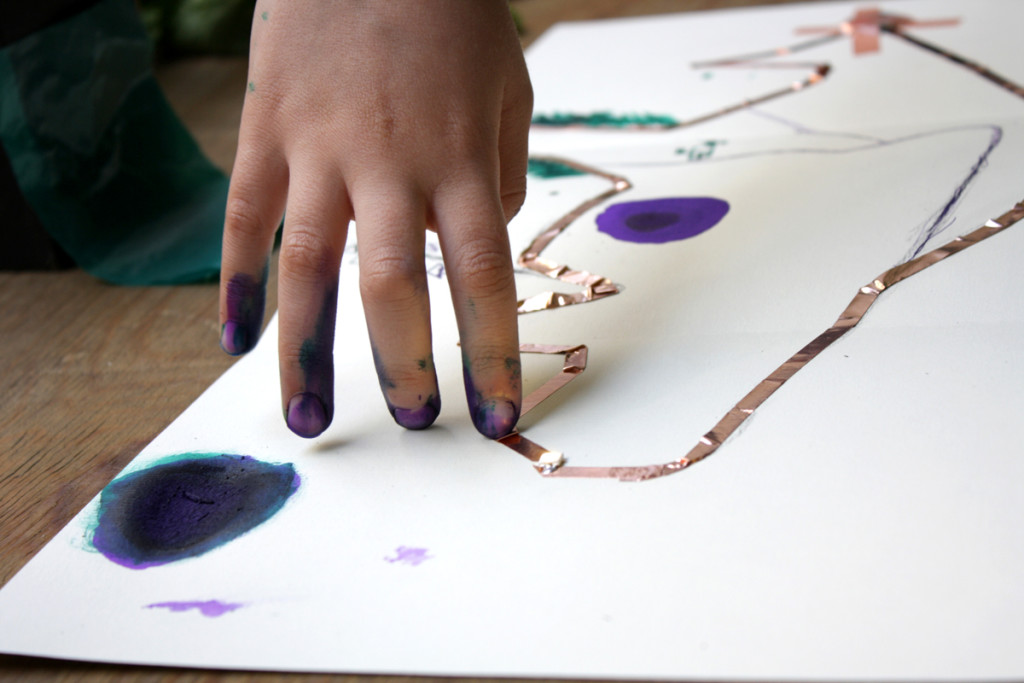 Our vernissage at Gallery Horizont. We exhibited a photo documentation. Photo: Tamás Lékó 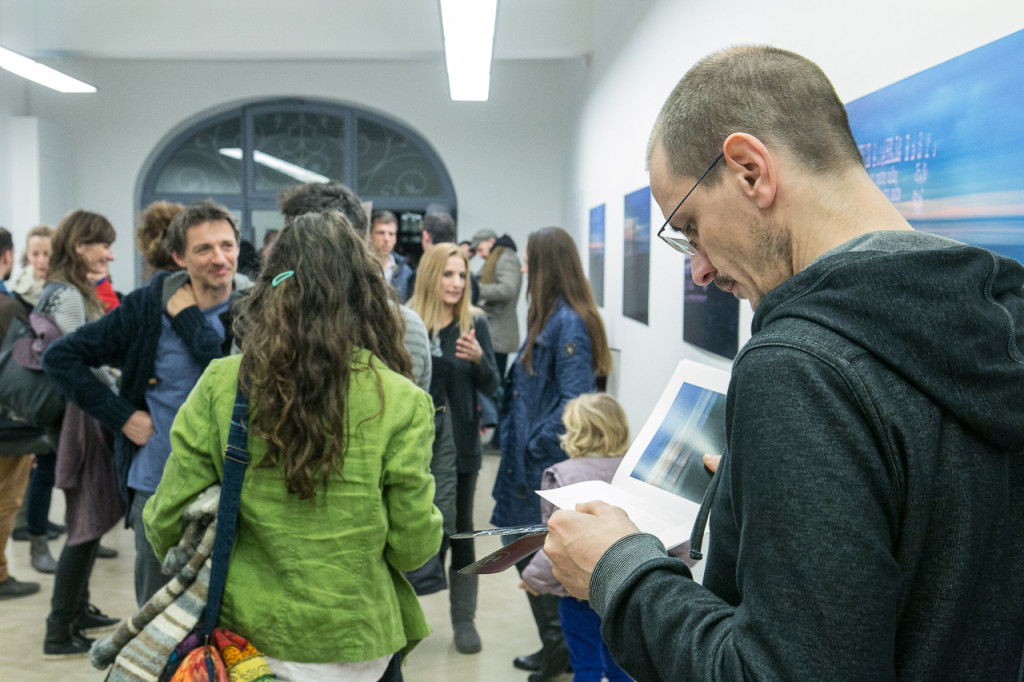 We are working on a photo documentation series which will be exhibited at Gallery Horizont next month. The title is Agnes Biolum: Sides are not included, photo by Farkas Pongracz. 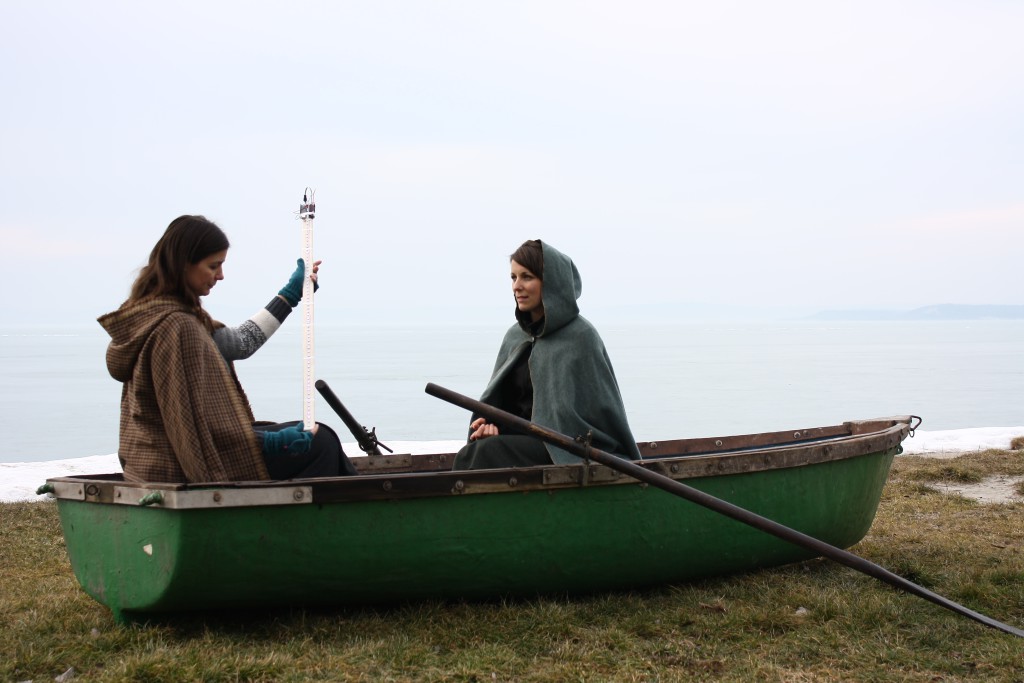 We held circuit drawing workshops for kids at the lab of Makerspace.hu, we enjoyed it a lot! The themes were space travel and secret places. 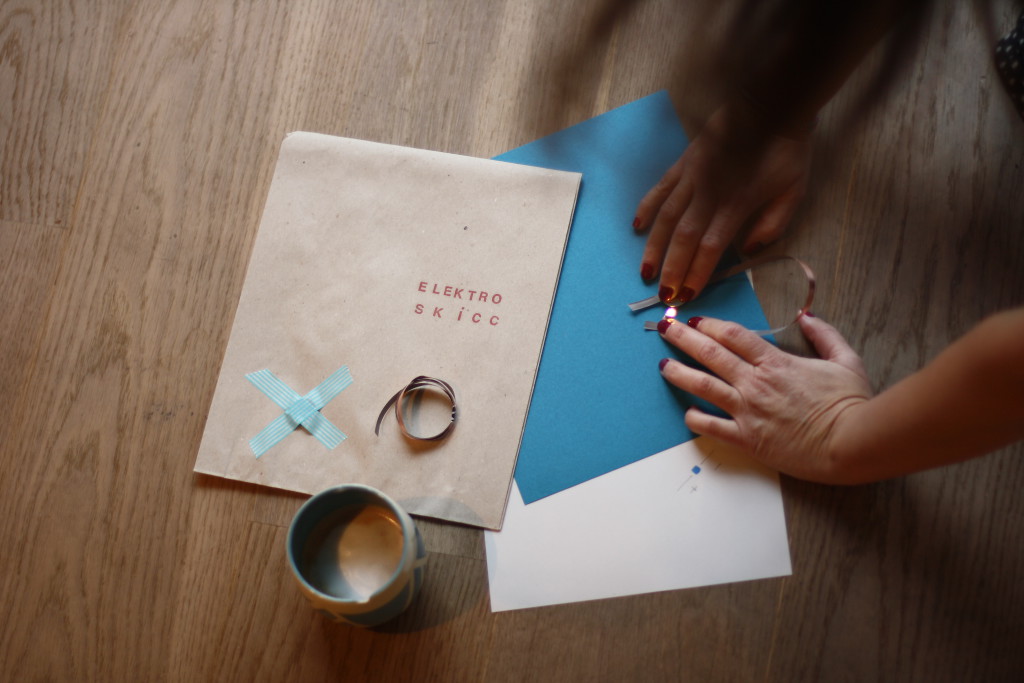 As an outcome of our artist-in-residency staying, here is our site-specific light installation

We spent one lovely month in Finland in an artist-in-residency programme in Heinävesi at Villa Sillanpää. We experimented with the presence of electronics in the great Finnish woods and lakes. And ate a lot of blueberries as well.

We launched our circuit drawing workshop on the International Arduino Day at the Hungarian headquarter of Prezi. We make workshops for children to enhance their creativity on interactive systems. We use very simple materials, such as copper tape, LEDs, batteries on a sheet of paper because we are fascinated by the aesthetics of these circuit systems. 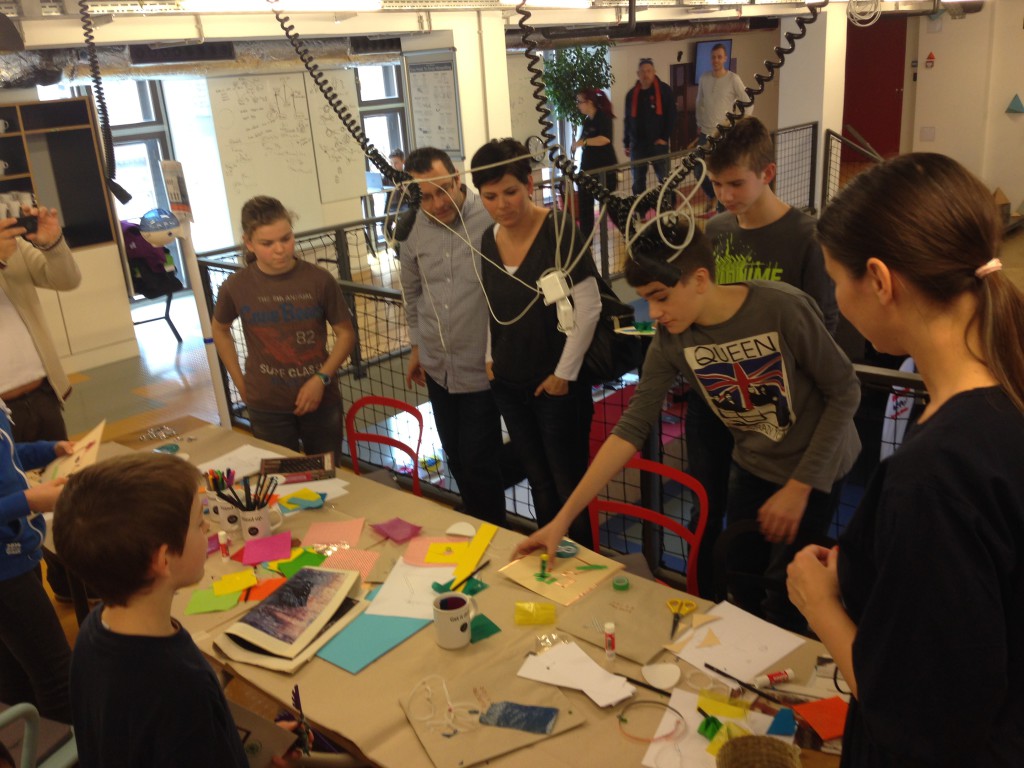